Higher in the mountains above Sospel, is a small village called Breil-sur-Roya, which we came to know about from a drive we took to the most beautiful fresh water gorge the day prior.

These wider roads were relatively untouched and were very well sealed, among the best quality surface that we’ve cycled on. Ironic really, given that less than 20 kilometres further down the mountain, it’s a much different story. A few switchbacks made for a beautiful climb, especially toward the top as we were spoiled with a sunrise and views over the whole of the valley. Similar to the cycle from Menton to Sospel, this was a short climb that was quite manageable and incredibly picturesque; perhaps 13 kilometres or so with 700 metres of elevation to the café at the top of the mountain (unfortunately we arrived before it had opened). Breil-sur-Roya being a further 6 or 7 kilometres. 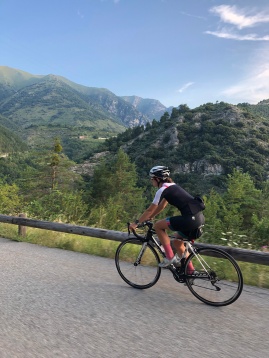 The climb and descent was just shy of 1.5 hours, with 20.8km/h average speed (with much thanks to the ride home). In saying this, the ascend was comfortable, with further room to drop into lower gears for the most part.

Had we’d been more organised, it would have been great to cycle from Menton to Breil-sur-Roya and back into Sospel, which would make for a 60 kilometers round trip. But, those lazy mornings and tasty pastries got the better of us there for a little while, and what’s not to enjoy about that! 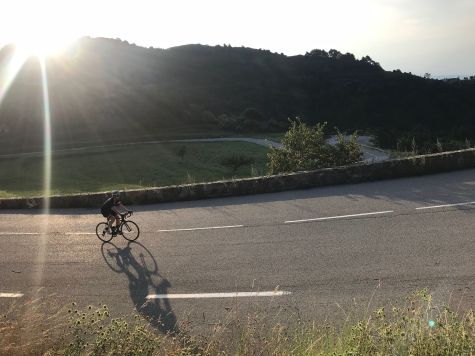 Join 320 other subscribers
Follow tri this world on WordPress.com